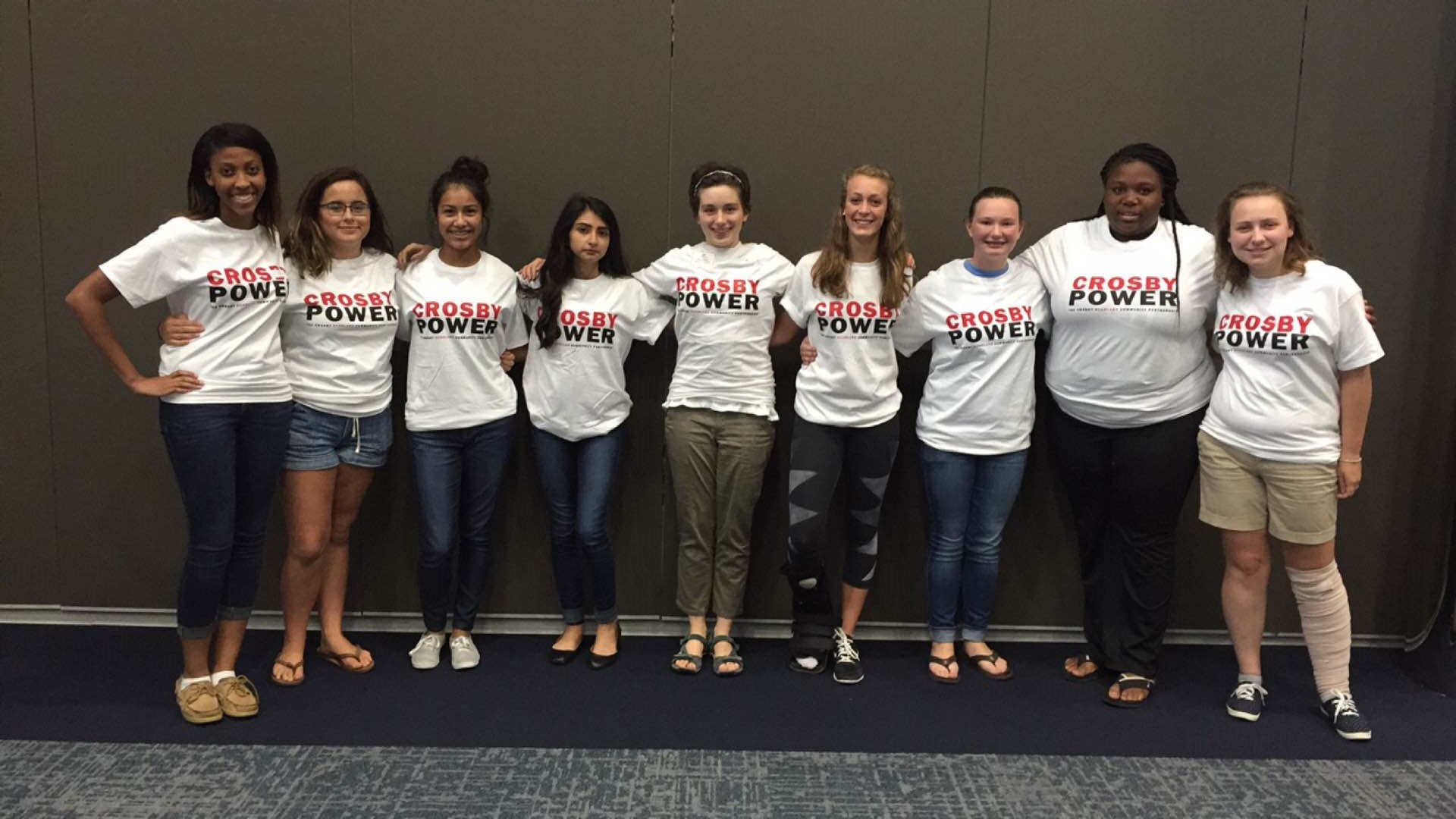 With Ralph Ketner as the keynote speaker, the Crosby Scholars program celebrated its second year in Rowan County May 28 at The Event Center of Cornerstone Church. After an introduction by Catawba College President Brien Lewis, Ketner imparted humorous anecdotes from his life, including stories of his persuasiveness when dealing with a bad grade in geometry, as well as his early experience with entrepreneurship.

More than 1,200 students completed program requirements at Crosby Scholars this year, attending academies and performing a total of more than 9,800 community service hours.

Those students and their families were invited to attend this festive gathering which also featured the Rowan County Crosby Scholars program’s first graduating senior, Rebecca Gainey.

Gainey spoke about her struggles as she moved to Rowan County as a foster child with a child of her own. Through her determination, however, she was able to graduate a year early and begin working on her associate’s degree at Rowan-Cabarrus Community College.

“Rebecca’s future is one that is built on overcoming obstacles, setting goals, and realizing dreams,” Vess said.

Executive Director Jennifer Canipe acknowledged the tremendous support Crosby Scholars receives from the community, including the administrators and staff liaisons in the Rowan-Salisbury School System. She thanked Cornerstone Church and the staff at The Event Center for serving as gracious hosts for the second year and she gave a special thank you to the folks who give of their gifts, time and talents to support the program, stating that the Crosby Scholars program wouldn’t be able to function without their early and consistent backing.

In only its second year, Rowan County Crosby Scholars enrolled more than 2,300 students into the program, an increase of 600 students from the 2013-14 school year. This fall, with the addition of its first senior class, the program shifts to a 1:1 focus for these students as they near the deadline for applying to colleges. Special programming for middle school and high school students will continue to be offered throughout the school year for grades six through 11.

For more information about the program, visit www.crosbyscholarsrowan.org.